7 Ways to be 5X More Productive and Happier at Work

Who wouldn't wanna perform 5x better at work and feel great while doing it?

Research from McKinsey shows that professionals who are in flow state at work are five times more productive and enjoy themselves more.

In positive psychology, a flow state, also known as being in the zone, is the mental state of operation in which a person performing an activity is fully immersed in a feeling of energized focus, full involvement, and enjoyment in the process of the activity.

If we wanna be 5x more productive and fully enjoy our jobs and lives, there is one secret ingredient. We must develop heaps of grit! Because if we don't, we may become overrun by our fears and sit around at work in an unproductive state of fight-or-flight. These are those days where we sit around staring at our computer putting in a bunch of hours and getting nothing done. Yuck!

Where does all that energy come from? Flow state.

What's one of the main ingredients to flow state? Grit. 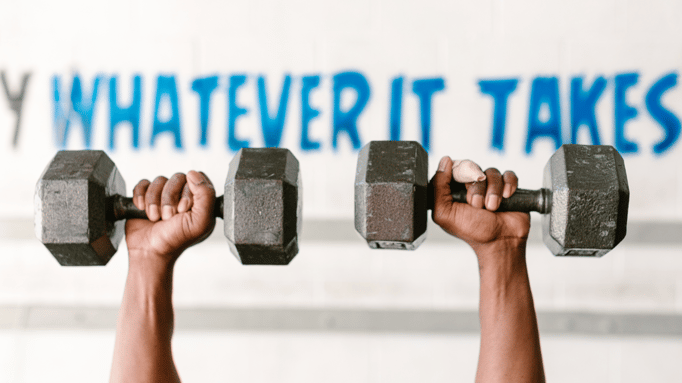 And here's one more little secret to jump into flow state when you're feeling out of sorts. Sit by yourself and do some deep, slow breathing for a few minutes. Do this until you feel a state of calmness wash over you. This is a great way to reset your state of mind and get going again.

In order to achieve our dreams and enjoy the process, we may wanna consider backing our positive intentions up with these seven qualities of grit.

Challenge: The Accountability Mirror - Every day before you go to bed write on a post-it note your biggest challenge or task of the next day. Put it on your bathroom mirror. The next day mark the challenge off and put up the next one. If you didn't complete the challenge, be honest with yourself as to why and don't let yourself off the hook. I learned this technique from David Goggins who is no stranger to grit.

P.S. Grit isn't the only quality of flow state. Other beliefs and mindsets are helpful too, like having genuine curiosity about the work you're performing. And it helps when you're a master at the basics of your job. I'll cover these other aspects of flow state in future posts.